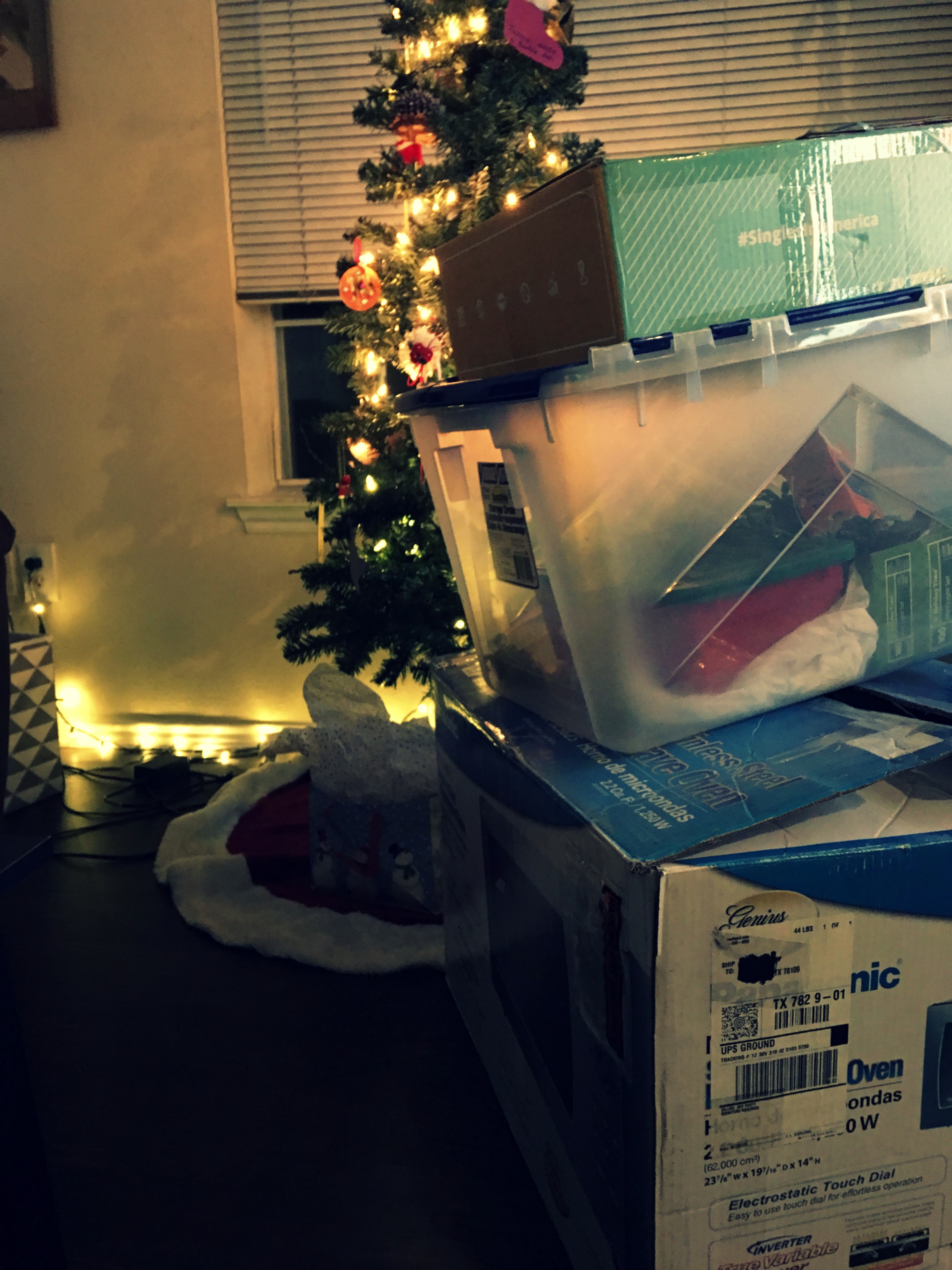 Yes, it is time again to go through all of my stuff and figure out what has to go, with part 2 being the hardest. The holidays are usually the best time of the year but this year it makes getting rid of things even harder when you’re constantly getting more and more gifts. Although I am of course grateful, getting more stuff only makes it harder to let go when the time comes. So here is how I was able to purge more of my things and get closer to moving abroad.

If you have not read the purge pt. 1, look over it now before continuing!

As mentioned before, this purge was a bit more difficult because it’s falling during the time of year when everyone gives gifts. However, I was able to still create a system where I got rid of another majority of my items.

One big positive about this holiday season is that all my friends and family knew a long time ago that I planned on making a big move to Ireland in May. So they kept this in mind and gave me gifts that were either needed for the journey or could easily be taken with me. I was given jewelry, a beautiful luggage tag and other little knickknacks that could be easily taken with me. This is one reason why it is important to let those close to you know about your big plans because they would be able to keep that in mind.

There was one gift that I was given that is too large to travel with me so I have to leave it in storage when I leave. While this breaks my heart, I realize this gift was given to me by someone that did not know of my travel plans. So be sure to make it known that you plan on leaving the country because you will have better chances of receiving gifts that are useful and don’t have to be left behind.

Regifting was a tactic I was able to use to not only get rid of more things but give it to people I know that would love it. I could even do this for some gifts that were given to me this holiday season that I would have had to put in storage. I know this is an idea that people go back and forth on as to whether it is appropriate, but I think it really falls down to what the gift is you are giving away. When going through my stuff I found some items that had been given to me and I had never used them. That is perfect to give because I apparently wasn’t utilizing it and I knew of someone else that could.

Now a gift that has been given to me that had some deep meaning cannot be given away, even if I can’t take it with me. So for example, my friends have made me some beautiful creations that I could never give away or sale. I think honestly you need to just listen to your conscience and see if its worthy to give away or keep. However, don’t be ashamed to give some things away because that item could be used way more by its new owner than you ever could have. 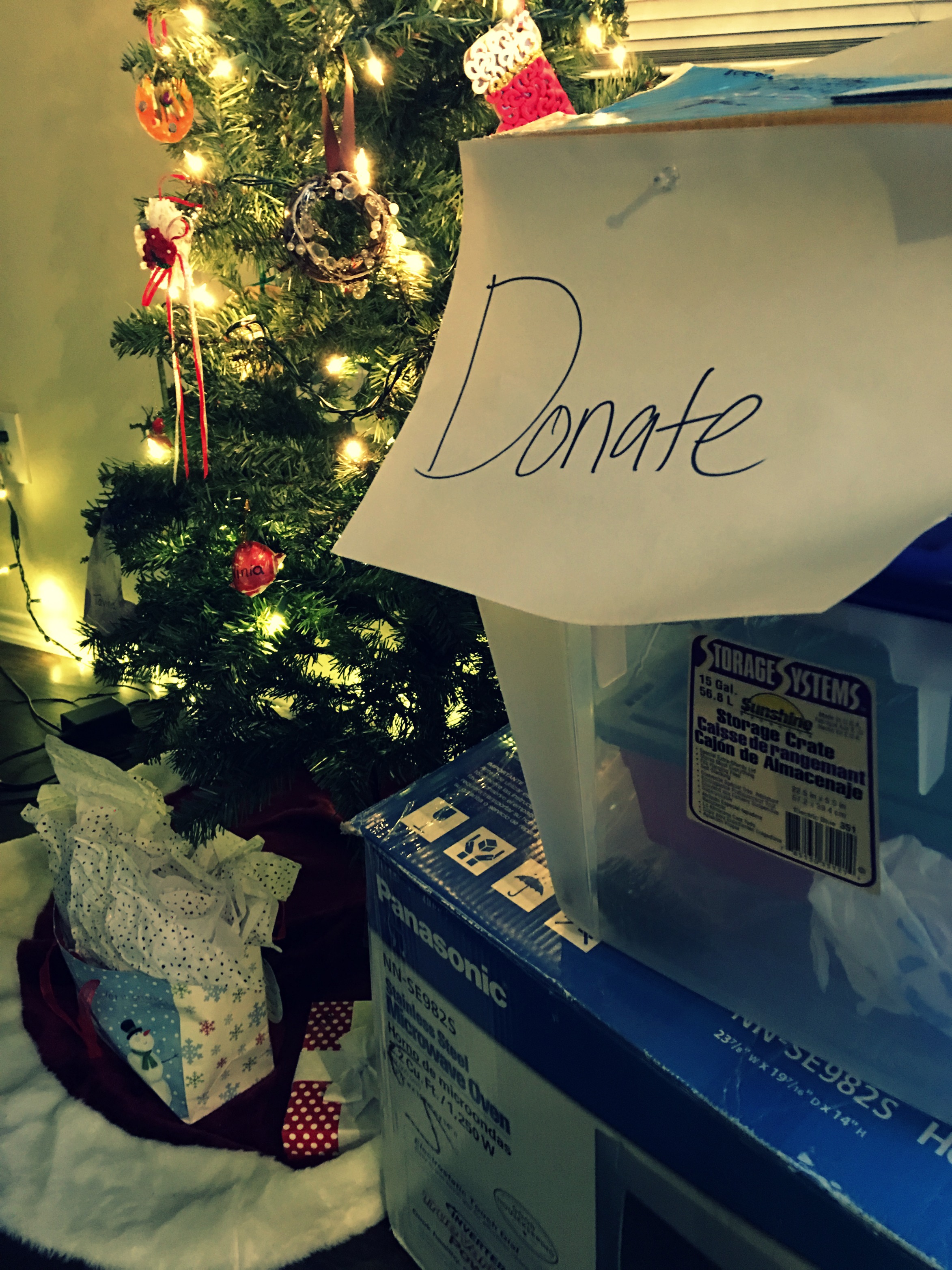 Something also really beautiful about purging during the holidays is being able to give back. If there are items that you can’t regift and no longer need, donate it. So for example, in the first purge, I went through all of my clothes and got rid of items I never wore. This time I went through my closet and took out items I hadn’t worn since the first purge and probably never again. I was able to take these clothes to my local Goodwill and donate them. I did the same with my shoes, coats, and books. It’s nice to know that some of my items will go to someone that needs it a lot more than me.

Think about the last purge 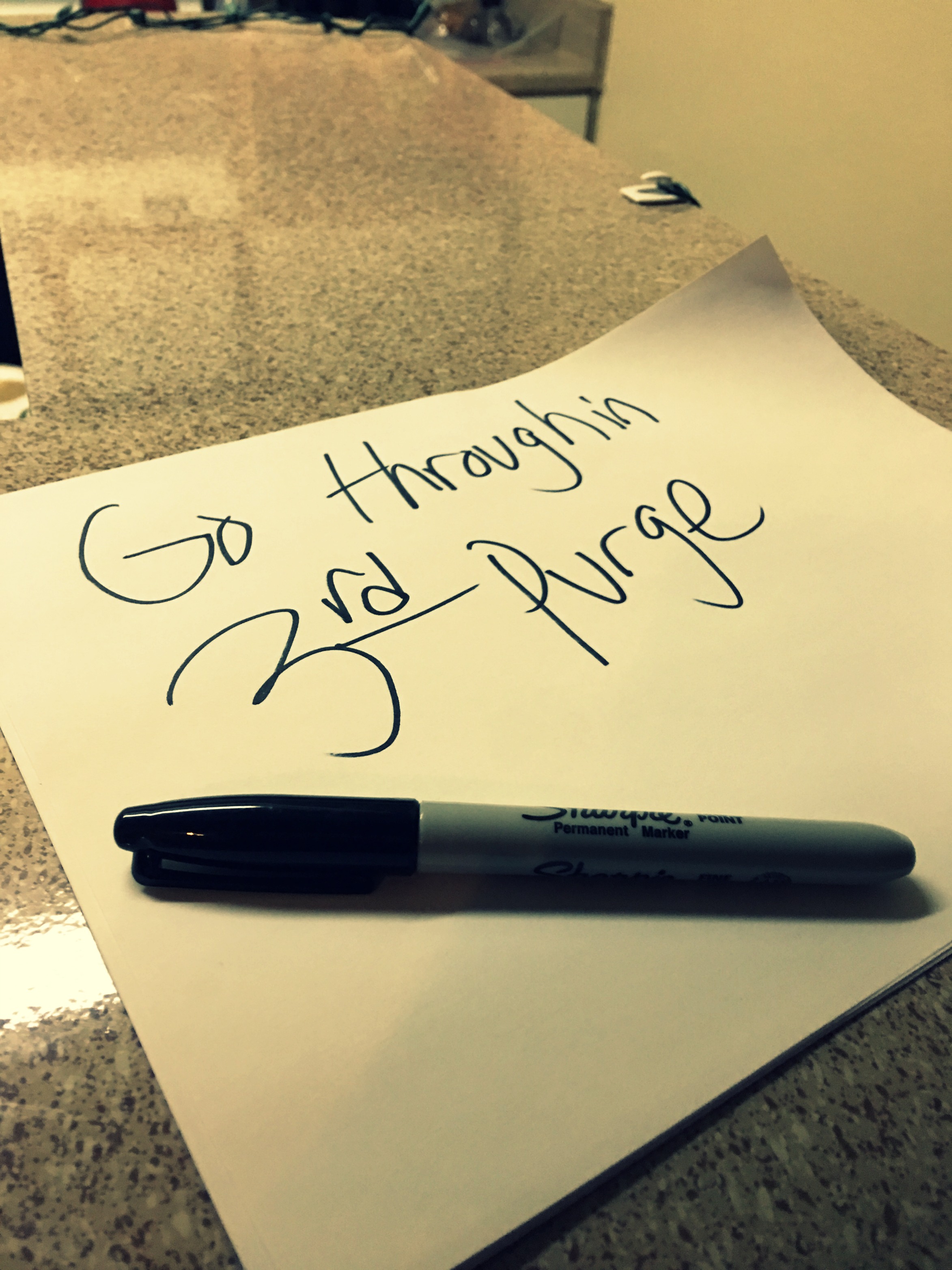 Finally, for this second purge, I thought about all the things I wouldn’t want to deal with in my third and final purge. This meant looking at all of my stuff and figuring out what I wouldn’t need from now until then and what I didn’t need to keep in storage while gone. As I mentioned before in the purge pt.1, I had a set storage space in mind so I knew how much I could and couldn’t keep. So from that, it made the process of deciding what had to go a little bit easier. My decisions went something like this:

So even though this purge was during the holidays, I found some ways to make it easy to get rid of my items. I hope this can be helpful to you if you are looking to get rid of some things before a big move! Look back in April for my third and final purge! 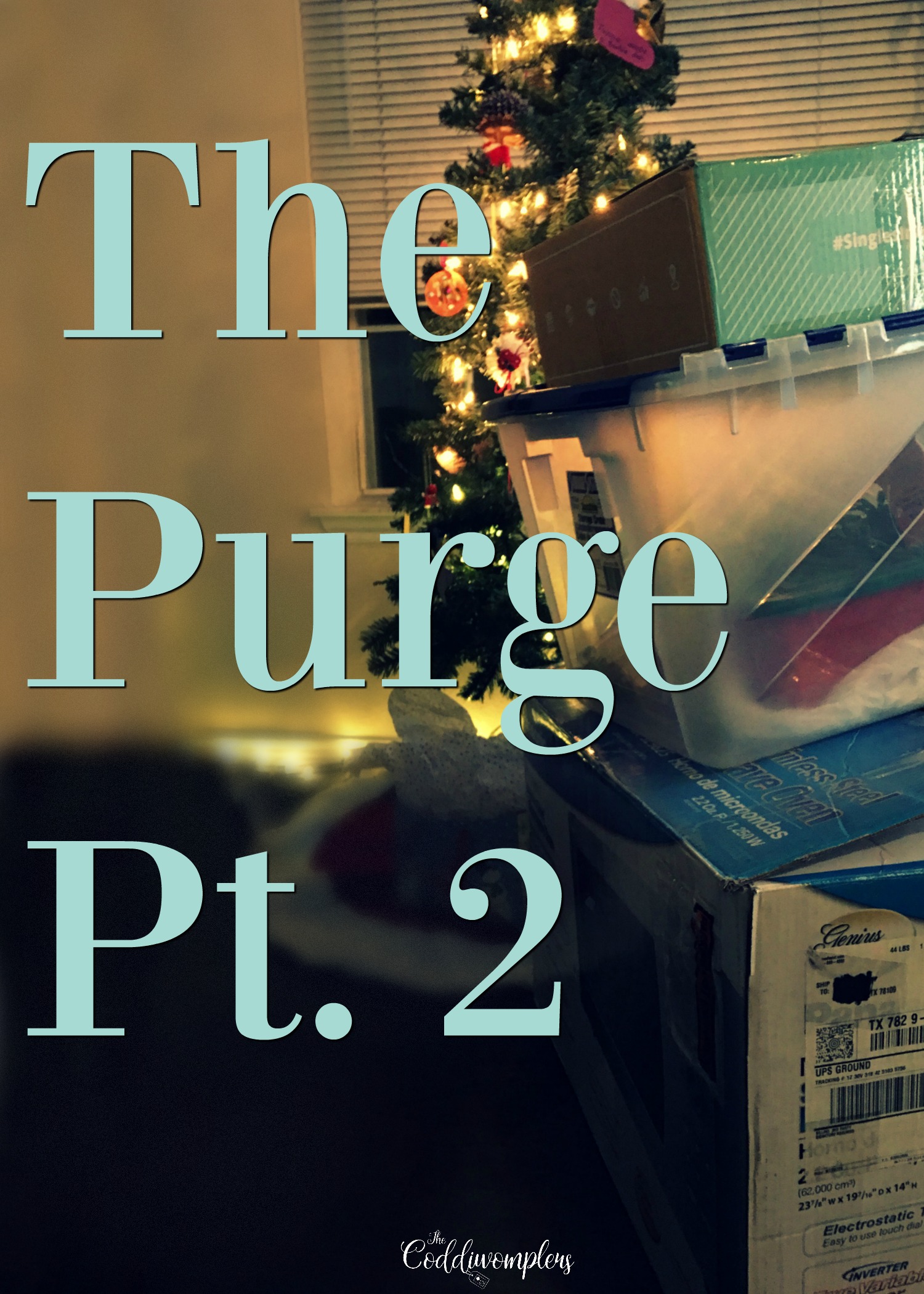