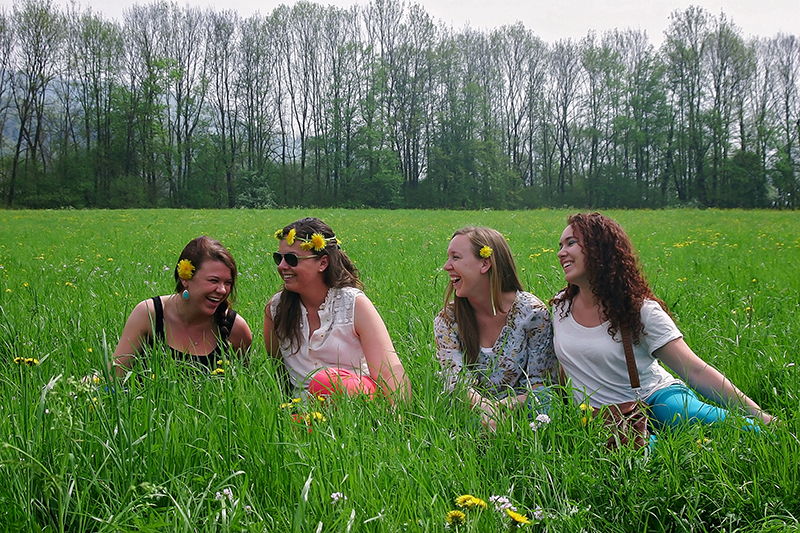 As difficult as it is to believe, I just reached the four-year anniversary of hopping on a plane to Salzburg, Austria. I had never been out of the country and had never even flown by myself. As you might imagine, I was absolutely terrified. And when I’m terrified, I kind of quit functioning. Most of my social skills see themselves out the door and I turn into this sarcastic bitch-faced lone wolf.

I realized that I had morphed into said lone wolf on about day 2. I was homesick, lonely, and wanted desperately to tuck my tail between my legs and fly home.

Friends for a lifetime

But then something miraculous happened: my study abroad friends came into my life seemingly out of nowhere. It was like one day I was an introverted shell of a loser and then suddenly I had these absolutely amazing people right there with me.

It didn’t take long to realize that these friends were going to be sticking around for a long time. We only had four short months together in Salzburg but only a couple weeks into the semester, I was already vibing so well with the people I had met (which is highly unusual for me).

Our semester absolutely flew by and before we knew it, we were all hugging each other sobbing outside of our favorite bar, saying goodbye on our very last night together. By the next week, we already had a group chat set up for all of us and we’ve been talking almost daily for the last four years.

I’ve only seen my Salzburg friends twice since we left but they’re still some of my very best friends. Here are just a few of the reasons that your study abroad friendships are the strongest:

If you’re studying abroad, chances are you’re only going to be abroad for a semester or maybe a year. That doesn’t give you very long to connect with people. But the good news is that all the people you’re studying abroad with are in the same boat. You might think you’re the only one worried about making friends in such a short amount of time but the truth is that everybody else is too. And that need to connect with people quickly leads to some really strong friendships.

You also connect quickly with your study abroad friends because if you’re in a non-English-speaking country, you’re probably some of the only people who speak English. When we first arrived, only one or two people in my group spoke German and the rest of us were fairly lost. We needed to rely on the German speakers in our group to literally get us by. And those of us who didn’t speak German bonded over not speaking German. Win/win.

There’s something about being stressed out with other people that automatically bonds you. Not everyone in our group struggled with homesickness as much as I did but we all got stressed out or felt culture shocked at some point.

One time in particular that I remember being stressed together was in Venice. It was late at night and we were hopelessly lost and arguing over which way our rental apartment was. The stress bubbled over and my roommate and I ended up yelling at each other in a dark dead-end alley. But after we were done yelling at each other, we still had to squint down at the same map and figure out where the hell we were going. Because no matter how stressed out we were, we still had to rely on each other. Experiencing stress, sadness, and homesickness with your study abroad friends will bring you closer together in ways you wouldn’t have expected.

When you’re abroad, you’re essentially forced to share absolutely everything. Most of us didn’t come with hair styling tools from the states because we knew they would get fried. So one of us bought a hair dryer, one bought a straightener, one bought a curling iron, etc. When it was time to get ready to go out for the night, we all had to congregate in one room to share.

We also all packed pretty light for our semester which meant that we were sick of our clothes after about a month. So what do you when you’re sick of your own wardrobe? Dig into your roommate’s wardrobe, obviously.

Setting aside clothing and beauty products, you also end up sharing practically everything else. You share food, suitcases, shampoo and conditioner, the answers to yesterday’s German homework, pots and pans, cleaning supplies…the list goes on and on. And when you’re constantly knocking on someone’s door asking to borrow something, it’s hard to not be best friends.

Studying abroad means getting to experience really cool and unique cultural things in your chosen country. So you and your friends will try your best to dress like the locals, follow the crowd, and blend in. But by the end of the day, you’re all a little too day-drunk, talking just a little too loud, and singing Wagon Wheel on your walk home. No matter how hard you try to blend in, you and your friends are going to end up sticking out like the big group of Americans that you are. But, hey, it’s all good. Once you accept it, you can all laugh about it together. And putting your American-ness aside, it’s also just a really cool experience to learn about a new culture together.

When it’s time to come home, nobody will understand quite like your study abroad friends how difficult it is. First, you have to say the excruciating goodbyes (brace yourself for lots of tears). Then you’ll return to your hometown and want to tell the whole world about your amazing experiences. But you’ll find that people’s eyes glaze over when you start with, “When I was abroad…” (sad but true). In those moments, you will rely on your study abroad friendships and you can all reminisce about the good ole days together. Four years down the road, you will still find yourselves texting in the group chat about those cheap bottles of wine and your family dinners on Sunday nights.

Studying abroad changes you in many ways. You’ll learn new languages, eat new foods, experience new things, and most importantly, meet new people. And those people will fill a hole you didn’t even know you had. You will laugh, cry, and adventure together. And most of all, those people will completely change your life and make you see the world from a new perspective. Cherish those study abroad friendships and enjoy every single second you get with them. 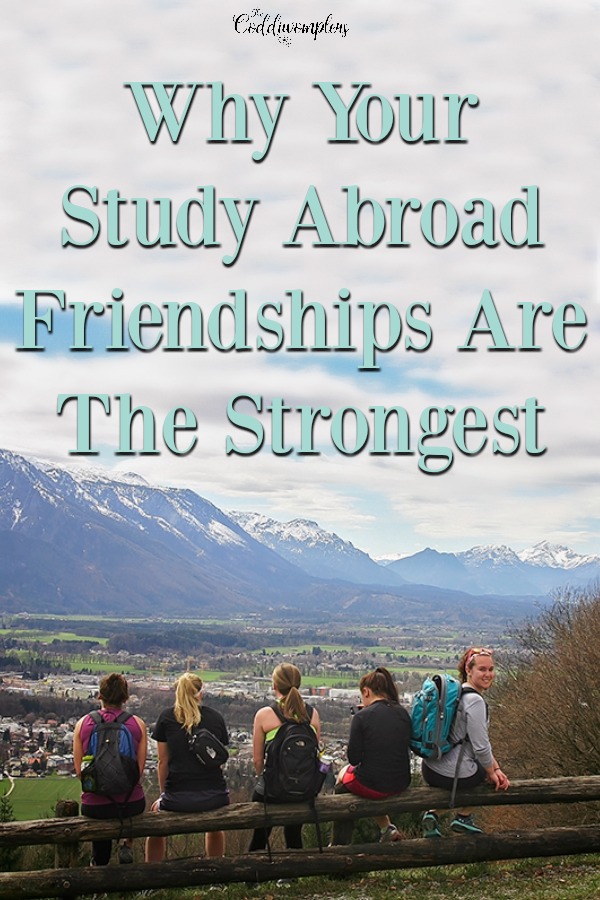