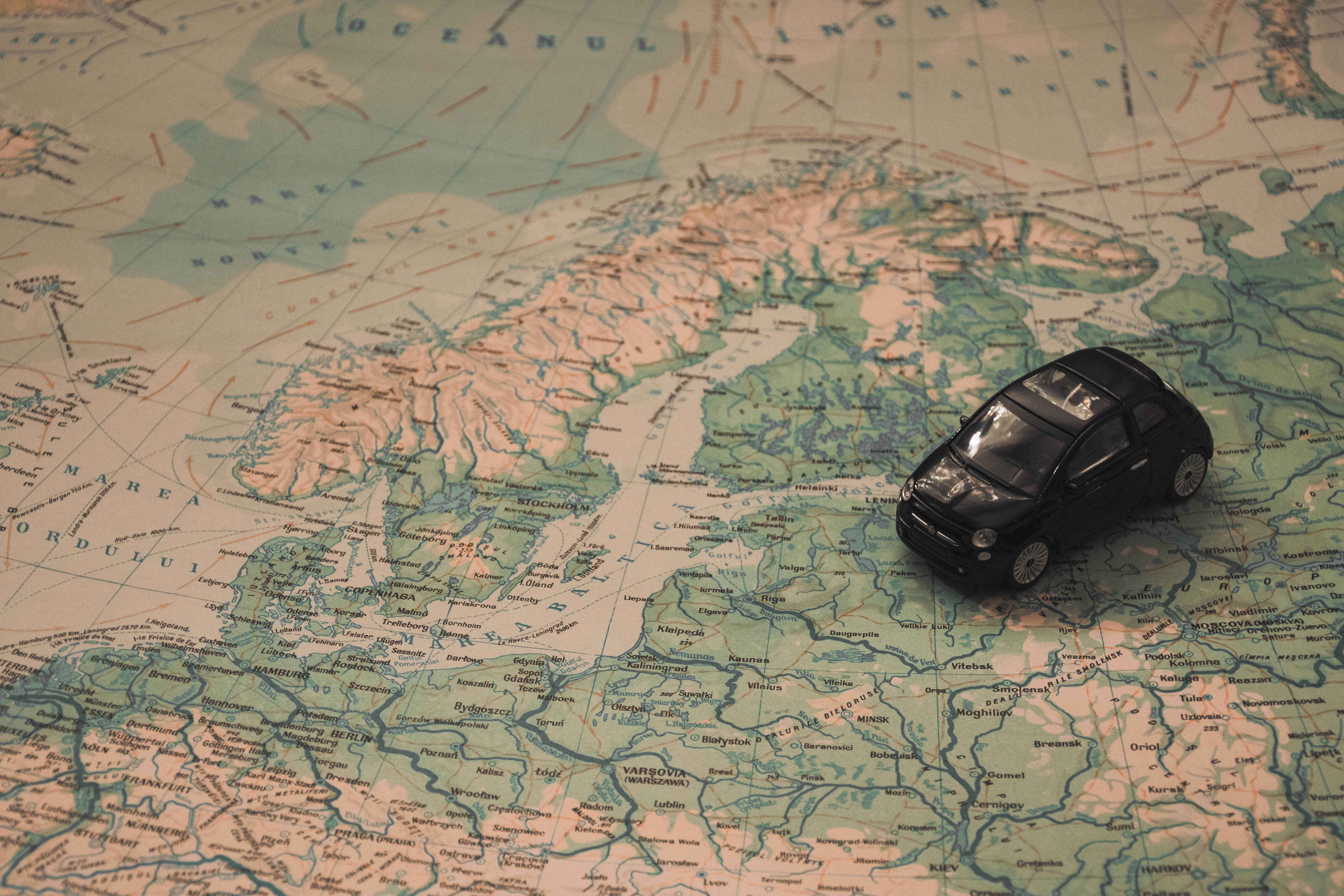 “So what are you doing when you graduate?”

Ah, yes. The age-old question that every graduate, whether high school, college, or graduate school, has heard. This well-meaning query often comes from the mouths of an older person, possibly a grandparent, a friend of your parents, or *gasp* your parents themselves. Most people are expecting the traditional answers: “I’ll be starting at Kansas State in the fall,” “I’ve been accepted to a great graduate program in Michigan,” “I’ve been offered a position at Big Corporation in Chicago.” Most people expect the routine high school –> higher education –> career path. But what if you mixed it up?

What the heck is a gap year?

Have you ever thought about taking a gap year? While a gap year in the traditional sense often comes between high school and college, a gap year can technically take place at any point on the high school –> higher education –> career spectrum. Don’t think just because you went straight from high school to college that you’ve missed your opportunity. I mean, look at me! I’m 24 years old, just graduated from grad school and am just now taking a gap year. It’s never too late to do something amazing for yourself!

Gap years (or the ones I’m talking about in this article, anyway) usually involve traveling of some sort. Some people choose to spend their gap year backpacking around Europe while others choose to spend their gap year doing mission work in Africa. If you think the most beneficial thing for you would be to spend a year alone in the Andes Mountains with just a tent and your Bible, then that’s your gap year. In my case, I’ll be living and working in Ireland for a year and that’s yet another take. Your gap year is all about you and should be whatever you want or need it to be!

Ok, great but what about [insert concern]?

Well, I’m glad you asked. Gap years have tons of benefits despite all your concerns! Check out this nifty infographic from Visualistan (source):

One of the biggest concerns with gap years is that you will lose motivation, fall off track, and never return to the “normal” life. I’m here to tell you that’s simply not the case! 90% of students who took a gap year returned to college within one year. Many reported that they were more motivated after their gap year than they had ever felt before their adventure AND students who took a gap year tended to have higher overall GPAs than those who didn’t (source). So don’t worry about your life spiraling out of control!

Another big concern is that taking a gap year when you don’t know what you want to do with your life will be detrimental to your career goals. Why should you go off gallivanting around the globe when you don’t even know what your five-year plan is? Or better yet, if you do know what your five-year plan is (congrats!) why bother with this travel crap? Isn’t it better to just get your life started? Well, maybe not! A gap year is actually a great way to get your career goals in line if you’re unsure about them or to solidify the path that you already have in mind. In an independent study of 300 gap year students, 60% of them reported that their gap year either solidified their career choice or helped direct their career path (source). Plus, as a bonus, having a gap experience on a resume can look really great to future employers, especially if you’re savvy on how to include your experience on your resume. Check out this packet [PDF] I created as part of my graduate work – it focuses on how to include studying abroad on your resume but the same principles apply to gap year participants! Taking a gap year can be so beneficial for your future career so seize the opportunity while you can!

What’s in it for me?

Among the things I just mentioned about school and careers, gap years can do wonders for you as a person! Take a peek at that infographic again, specifically, the section called The 3 Highest Rated Outcomes of Gap Years. The three biggest benefits basically boil down to this: 1. I know myself. 2. I know the world. 3. I know what I’m doing. Who doesn’t want that?! Among these top three things, taking a gap year also will help you learn to be independent and confident. Nothing boosts your confidence quite like navigating a Croatian bus system at 3:00 am! Plus, there’s just a general air of bad-assery when you really think about it: you’re moving to a new country where you may or may not speak the same language and willingly implanting yourself into the culture. You’re a bad ass!

And now I would like to leave you with some knowledge that I cannot back up with fancy articles or infographics. This is straight from the dome of the all knowing Maggie.

Go. Just go. No “but what about…” Nope. Just go. Spend some time saving up money if you can. Take out a loan if you must. But buy a one-way ticket and just go. Taking a gap year will be an invaluable experience. The worst case scenario here is that you arrive at your destination, give it a shot for a few weeks, hate it, and come home with your tail between your legs. But don’t go because of the safety net of knowing that you can return home. Go because of the air of possibility. Think of the “could be’s!” There are so many wonderful things awaiting you in this great big world and all you have to do is make the best crazy decision to go and greet them. So go!

“One’s destination is never a place, but a new way of seeing things.” – Henry Miller 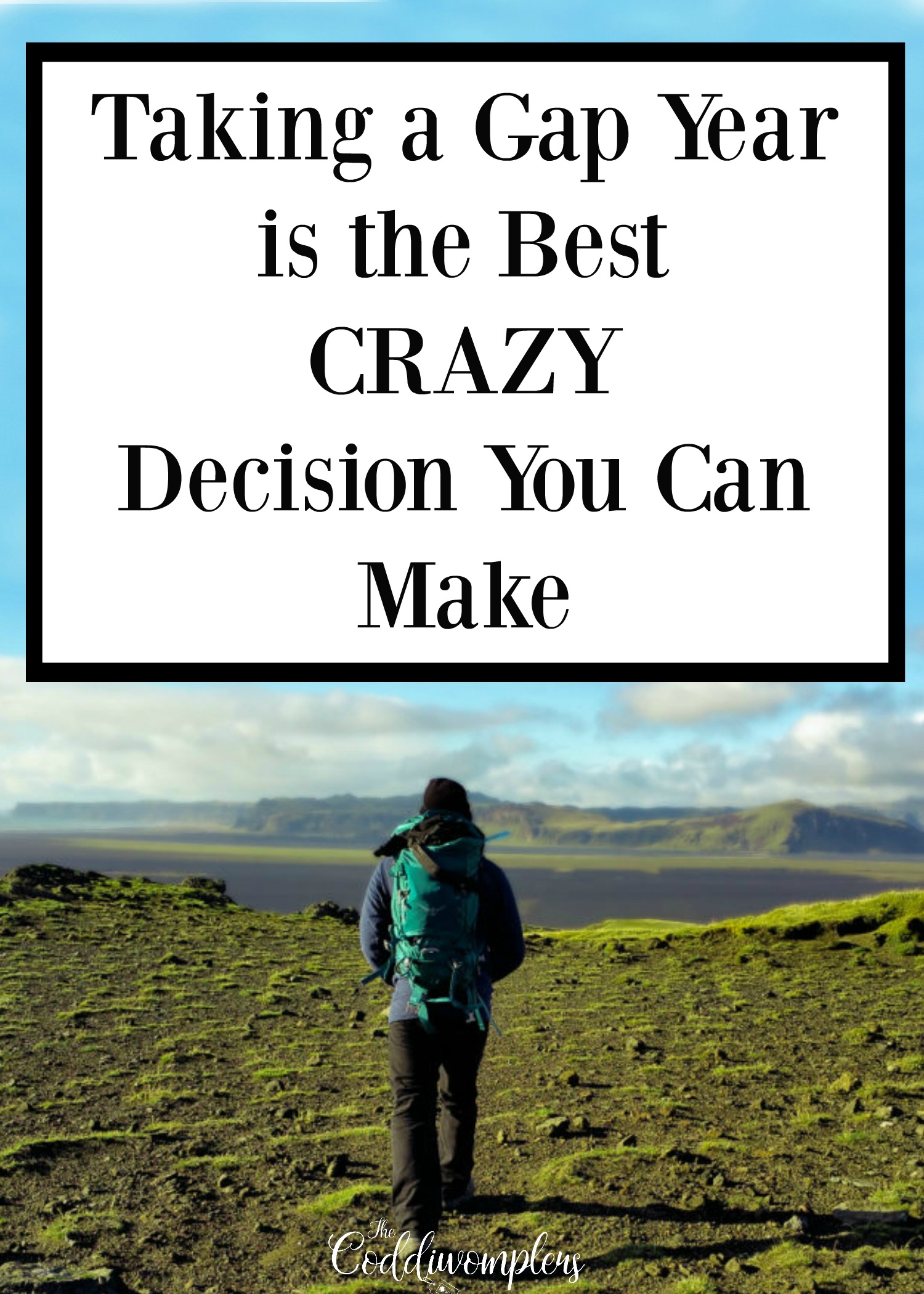