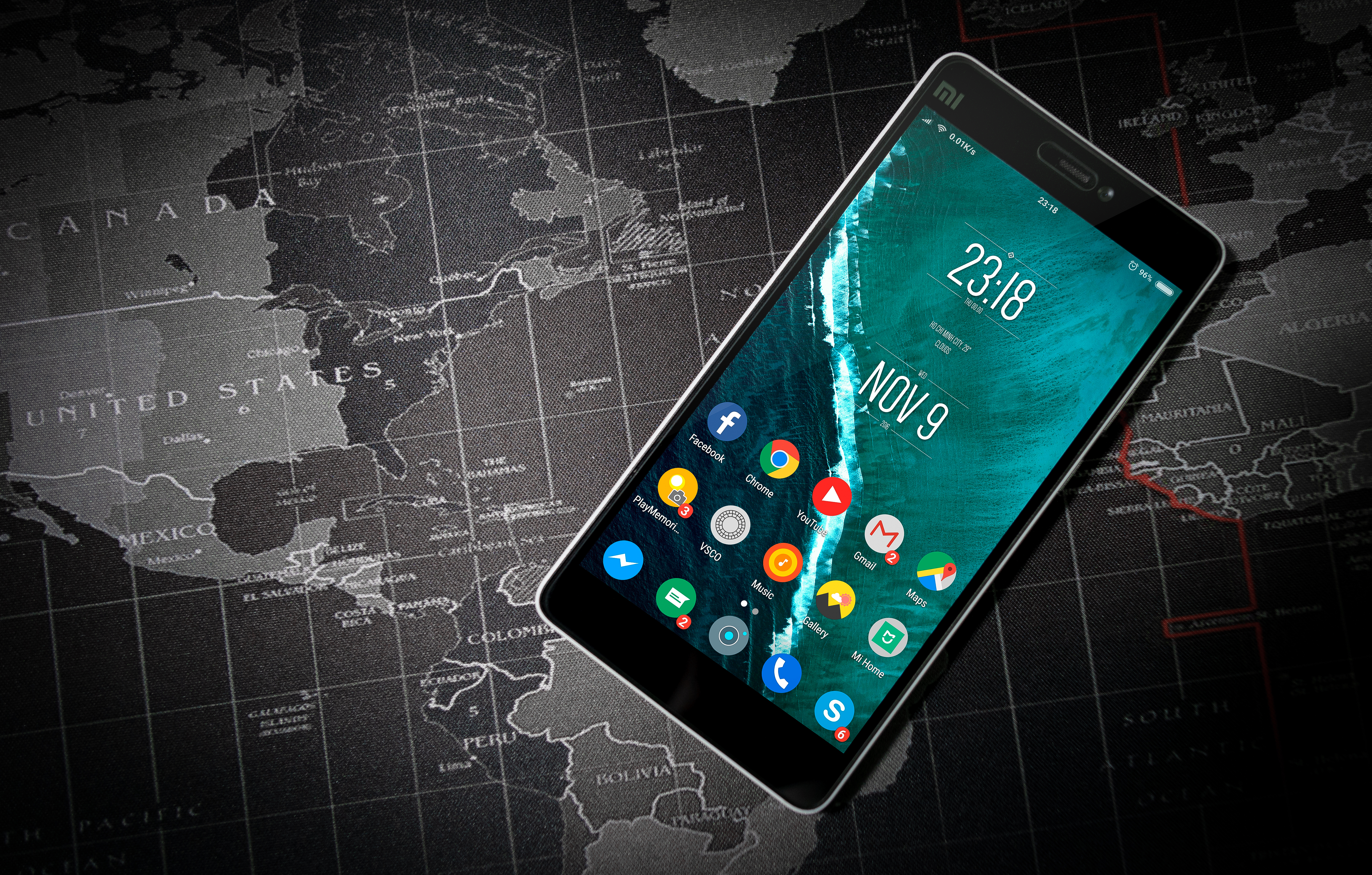 Anybody who travels internationally knows how confusing it can be when it comes to using your phone in foreign countries. Search online and you’ll find so many articles that mention pre-paid calling cards or satellite phones but those are neither realistic nor needed in today’s technological world.

So if you’re not dropping hundreds of dollars on pre-paid calling cards and satellite phones…what exactly are you supposed to do? Worry not, we’ve rounded up our favorite ways to use your phone internationally.

(Available on iOS and Android) As you may have expected, there are lots of apps for calling and texting over Wi-Fi. Some popular ones include WhatsApp and Viber although I personally only have experience with Viber. Apps are generally best suited for when you’re trying to call or text home and are trying to avoid outrageous international fees. Because most of them run on Wi-Fi, they are free of charge for calls and texts.

Like I said, Viber is the only dedicated text-and-call app that I have experience with and I am definitely a fan. Your contacts must also have Viber downloaded so you can communicate through the app for free. If the person you’re trying to talk to doesn’t have Viber and can’t download it, you can also pay a small amount to call them on ViberOut although I’ve never used that feature so I can’t attest to that.

I found Facebook Messenger to be the most convenient way to keep up with my fiancé abroad since we could both use it on our phones. It also worked well for keeping in touch with my family because my mom loves to be on Facebook in the evenings so I could just video chat her from my phone and catch up. Highly recommend Facebook Messenger as an app to use your phone internationally!

(Available on iOS and Android) Google Voice is essentially a calling and texting app like Viber but allows for a little more freedom on the end of the people you’re trying to keep in touch with. With Google Voice, you set up a (free!) account and get to pick your own phone number with an area code of your choosing. I used to use Google Voice for my work number as I could use a 620 area code and avoid confusion with my out-of-state phone number. Once you’ve got your number picked out, anybody can call or text the number and you have a couple of options with how to access it.

First of all, the calls or texts can come to your app and you can respond directly in the app. Second, you can get on Google Voice on your computer and use it that way. The great thing about Google Voice is that people don’t need to have a special app or be a member to text or call you – they simply call or text your Google Voice number as they would any other phone number and it gets delivered to you however you choose. Cool beans!

I’m no expert on Project Fi but it definitely caught my eye. If you’re using certain phones (listed on their website), your phone automatically connects to whichever network has the best service including international networks at no additional charge. SO GENIUS!! The catch here definitely seems to be the fact that you have to be using one of very few phones but if you’re traveling long-term, it might be worth the initial investment of a new phone in order to save on international phone charges. I’ll direct you to the FAQ section on their website for more details since I’m not an expert but I would definitely recommend checking it out!

Probably the best option for using your phone internationally long-term, buying a SIM card in your destination country is a great option. Like carriers here in the US, pretty much any phone provider abroad will sell you a SIM card that will allow you to have an international phone number. You’ll take out your US SIM card and replace it with the new one and then you’ll be ready to text and call with your new Irish/Austrian/Brazilian/wherever phone number (you’ll also need to buy a corresponding phone plan just like you would at home). Your phone needs to be unlocked for international usage before doing this. Check out this article for more info on that.

If you’re going to want your American number back when you return to the states, you’ll need to “reserve” your number somehow. As a Verizon customer, I have the option of porting my number to Google Voice which essentially puts a hold on my phone number so that nobody can take it while I’m away. I would assume other providers have similar options. My fiancé didn’t do this when he moved to Germany and while he was gone, his phone provider gave his number away. We were all very confused when he moved back and texts to his number would come back with, “I think you have a wrong number. This is Taylor.” Oops.

There are lots of other ways to keep in touch with friends and family while traveling but these are some of my tried-and-true methods (or in the case of the SIM card, my going-to-try-and-hope-it’s-true method). What are some ways you’ve kept in touch with family and friends while traveling internationally? We’d love to hear your suggestions in the comments for our next trip! 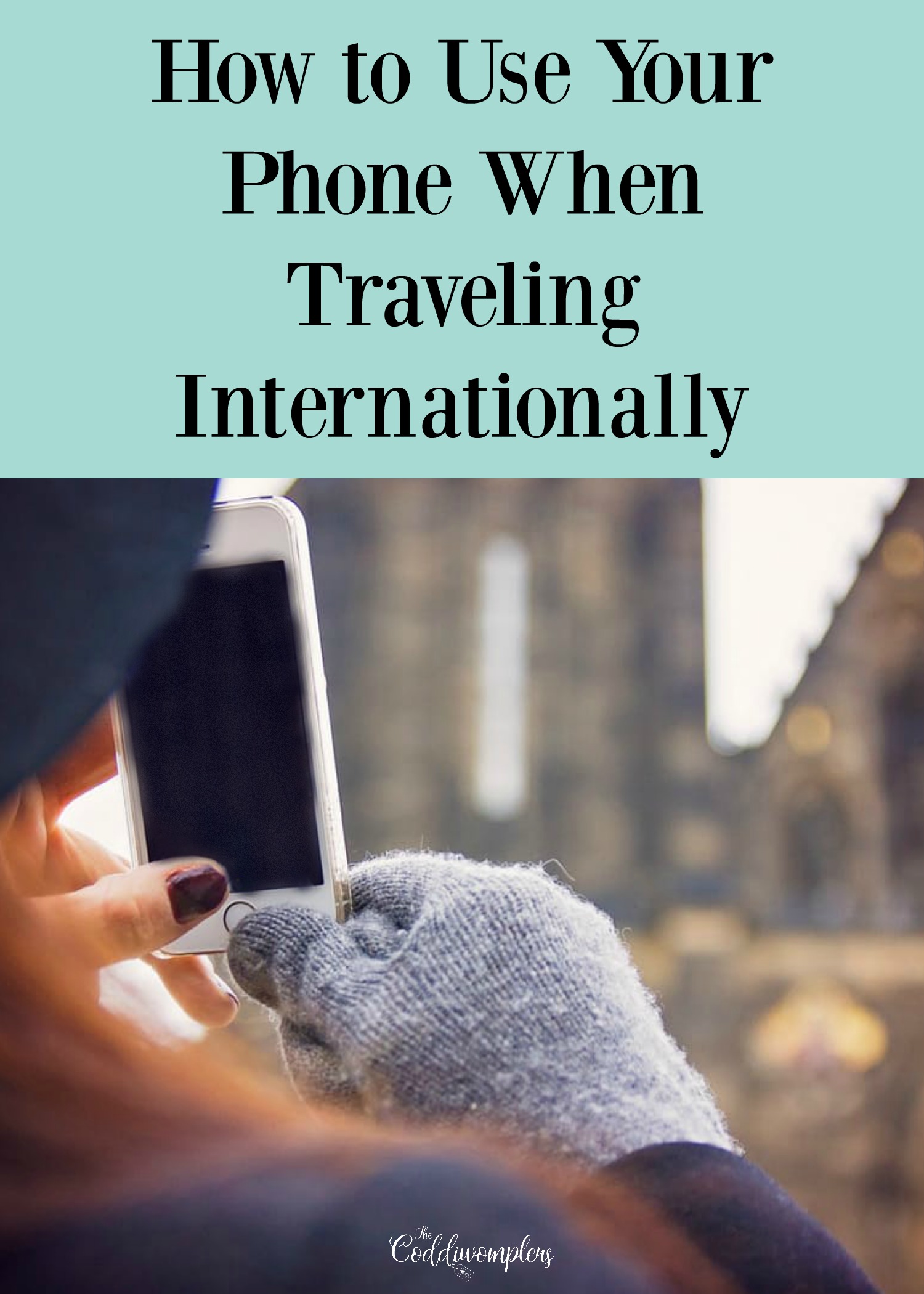