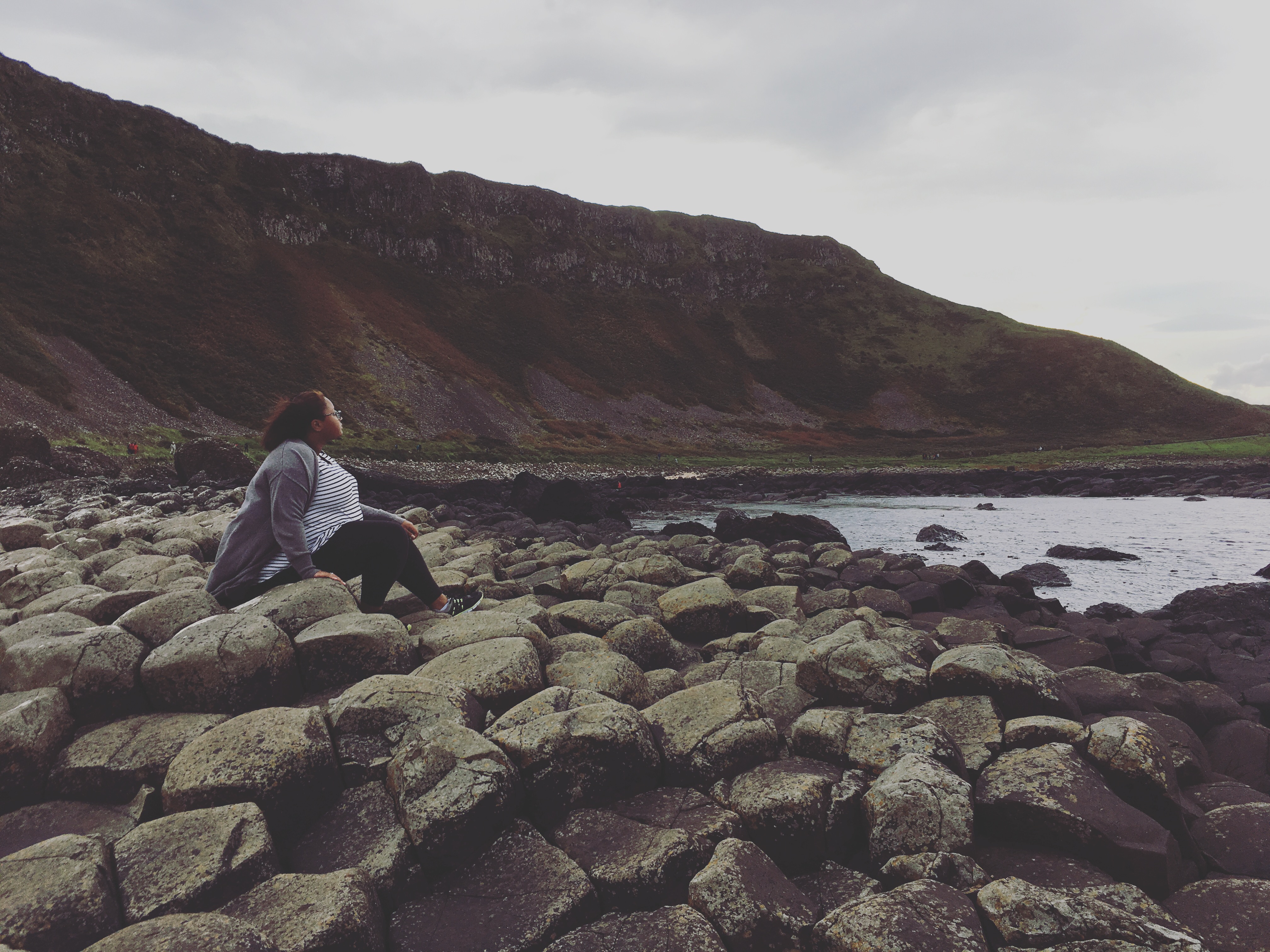 Yeah, you read that correctly. Last June, Maggie and I decided to take a gap year abroad and move to Ireland. It sounded like the perfect idea. I was just finishing my Master’s and we both had zero clues what we wanted to do in life. Why not whisk away to an exciting country to forget all of our problems? WRONG! This gap year has been the worst decision I’ve ever made and here’s why.

Now as you may remember, my fellow Coddiwompler wrote an article back in August 2016 that told you why taking a gap year would be the best decision you ever make. Don’t remember it? Go back and take a look.

See how cheery and optimistic it is? Well back then I couldn’t have agreed with her more. But I am here to tell you why it’s a mistake.

Now just like the past article, I want to define gap year. Urban Dictionary defines it as “A year between graduating high school and beginning university/college typically spent traveling or working”. Now what you don’t see in that definition is the assumptions that come along with it. A gap year is supposed to be a year where you don’t have to think about your future. It is a time that you actually give your mind a break and just enjoy life. In a way, a gap year is like a 365-day vacation where you just travel/work and do whatever you please. Career plans be damned. Throw your future to the wind. That is what is supposed to happen in a successful gap year.

I mean when you summarize it like that, who wouldn’t want some time off from life. How lovely it is to put a pause on everything and just live. This fits perfectly for me because I had zero clue what I wanted to do. I had been what my family jokingly called a “professional student.” Spending the last 18 years in school always thinking I had some clue of what I wanted but never something solidified.

I did the suggestions given to all misguided students of trying internships or volunteering. My resume is out of this world with the crazy amount of things I did to try and find my calling. But what I found is that I loved some small part of each job but none of them completely. I loved being the first line of support for domestic and sexual abuse victims, but couldn’t handle the emotional toll that came with it. I loved working on a whale watch and seeing peoples’ eyes light up when a humpback whale surfaced. But I wasn’t super passionate about all that surrounded them. I knew I loved working with pregnant women and families and, in fact, dedicated my senior undergraduate research and Master’s thesis to it, but couldn’t find my perfect niche (like I said, my resume is out of this world).

With each thing I tried, I never fully felt my calling. And I have always been a person that likes to know what’s coming. With my final year of graduate school approaching and still zero clue what my plan was, I was going out of my mind. And my God nothing is worse than when others are constantly asking you what the next step is when you yourself have no idea. I never had just a job and no school so why not give that a shot. So I chose the plan where I would give myself a break from freaking out. A break from the “so what’re the plan?” questions. Just a break from life.

I was so wrong.

When I arrived in Ireland around May, I looked for oddball jobs that I had always been interested in but never tried because it had nothing to do with my future. I looked at being a bartender, a waitress, bouncer, or stripper (I’ll let you be the judge of whether or not I’m kidding). Mid-June rolled around and I still didn’t have a job and was becoming desperate for anything. I was willing to take anything because I running low on funds.

Well, a friend of mine ended up tagging me on a job opportunity on Facebook. I didn’t take it too seriously at first because the description was so vague and there was no application to fill out. The ad looked something like this:

A cultural awareness and compassion towards challenges facing

# Members of the LGBTQ+ community (Yes, I distinctly remember each point being hashtagged. See why I questioned it?)

# social work, psychology, blah blah blah, the other majors and such that fit those vague job requirements.

And that was about it. Or at least all I could remember. All you had to do to apply was email your CV and a cover letter. Which was the hardest cover letter I wrote when I had no idea exactly what the job was. Seemed sketchy but beggars can’t be choosers and I was definitely begging.

I got an email that same day saying to come in for an interview and that it would be super informal. The questions were vague and I still didn’t get much info on what the job was exactly. But the pay was good and it seemed I would get to work a lot of hours.

This job has drastically changed me. I don’t know if it is all of the situations I have been put in in this job or the actual work but for the first time in my life, I know exactly what I want to do. Six months in, after I was finally able to understand what exactly my job is, I had this clarity of what work I want to focus on and something that ties in my love for so many different areas. I know that I want to do this social care/social work and work with vulnerable children and adults. Whether this is disabilities or mental illness, I love all of it and being there face to face, hand in hand working with a client. I love the chaos and crazy hours that come with it. Now I’m not a fan of dodging flying fists and clients screaming in my face but it comes with the territory. And for the first time, I found something that I felt I was actually good at and would work hard to achieve.

And just as I’m finding this lit path for my future, my job offers to sponsor my visa so I could stay longer. They would help pay to further my education in this sector and keep me on all the while. This is pretty much an expats dream. Things were so perfect.

WHAT THE ACTUAL F**K

I did not ask for any of this! I did not sign up for the golden path. No, I signed up to run away from life. I signed up to be a badass bartender whose only issue would be having to go change out the keg before the drunks overthrew the bar. No this is not what I wanted and although it may sound crazy, I was legitimately pissed. I still am actually. I have never gotten to be careless and make reckless decisions. As a retired Army brat, reckless was not a word that would ever define me. I was finally stepping out on my own (without a lot of family support) and wanted to live a crazy life just for a year.

I remember talking to one of my closest friends back home about how pissed I was about having figured out my future. She essentially said that I was being stupid and why couldn’t I see that just moving out to Ireland was still pretty badass. I knew she was right but I still couldn’t get over it. And I realize that its the image I had of my life was slowly being crushed. You know what I’m talking about. The picture we create of how our life is going to look for the future or even just a short period of time.

One of my favorite quotes is from Ron Swanson on the TV show Parks and Recreation where he says,

“Blueprints for the future are a fool’s errand.”

This couldn’t be a truer statement. But those blueprints are what comfort us in facing the future because without them we have to face the fact that was all just floundering around. So even though I had been in this job now for 8 months, I didn’t want to admit that my life image was never going to happen. In thinking I could still be a foul-mouthed, tattooed covered, bartender badass; I had accidentally stumbled upon my career.

So ultimately proceed with caution when it comes to a gap year. I went into it with the hopes of having a dick-around year that had zero responsibilities. Instead, I found the thing I was running from. As much as we wish we can pause life at times or run away from it, sadly life will continue to find us. Let yourself remain open to the possibilities of what could happen and know that it is all for a reason. I ran over 4500 miles to try and escape life but she was there waiting for me at the airport.

P.S. For those wondering, I will be coming back to the States in May. Although I am more than grateful for the offer made here in Ireland, I believe it is time for me to head back. I will be moving to Missouri, working and going back to school (surprise surprise). This does not mean crazy adventures are over with one of the Coddiwomplers being stateside. I intend to continue traveling and failing miserably at adulting while in the States so no worries on a lack of articles. 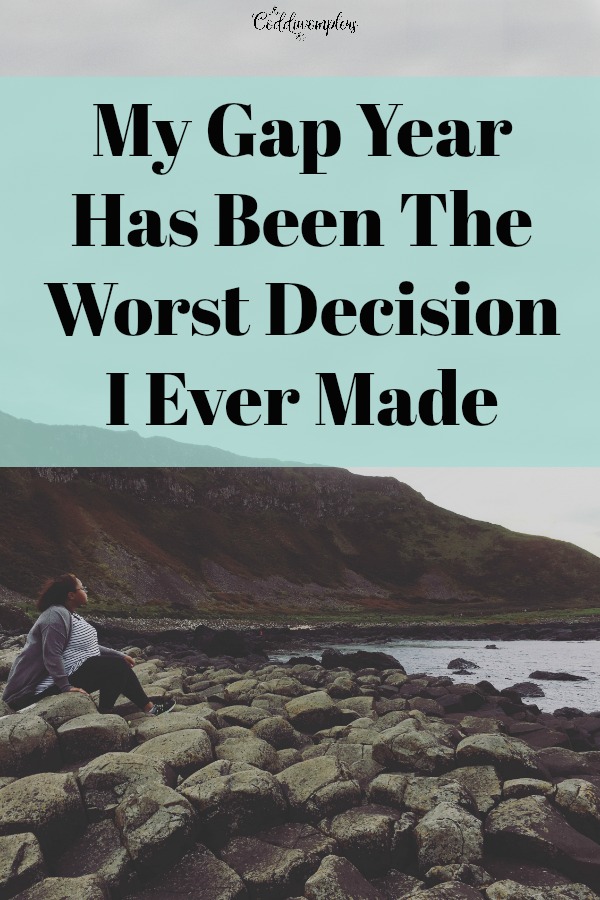